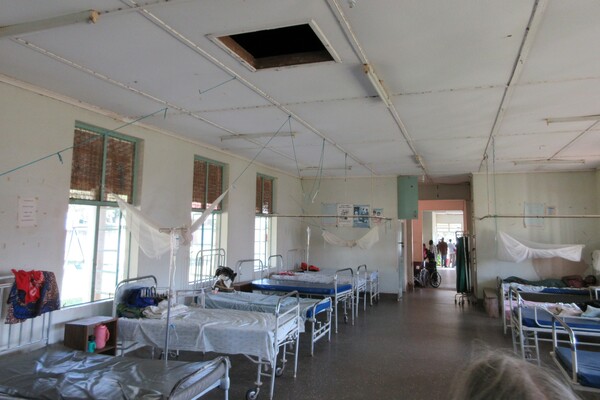 Lessons from volunteering in the developing world

Following over 20 years as independent management consultants in the UK, we decided to work as volunteers in the developing world.  Martin’s background is strategic direction, governance and processes and Elaine’s background is accountancy systems and fraud prevention.

Over the past 8 years, we have helped over 10 medium sized Christian Hospitals, Social Development Organisations, Schools or NGO’s in developing countries with major business transitions.  We have also helped numerous smaller organisations along the way.  The need for most of these transitions had been brought about by a business threatening incident, normally suspected fraud, or a major loss.  Most of the countries we worked in have had wars or major civil unrest within the last 10 years.

This case study is about our lasting memories from the past 8 years, rather than one specific organisation.

Most effective hospitals in poor countries are run by religious organisations, whether Christian, Muslim, or Hindu etc.  These are medium size businesses who have to charge for their services and have to make a surplus, otherwise they go bust and close.  They often employ between 50 and 300 staff and have a management structure just like a normal business.

These hospitals which charge for their services are often cheaper than the ‘free’ government hospitals.  Government hospitals typically have a quarterly budget which runs out after 6 weeks.  Then there are no drugs, no surgeons, no electricity, or water.  We have seen too many patients die unnecessarily because they were transferred to an effective hospital far too late, or the transfer was held up while the patient had to find the money to pay their outstanding bill.

While working in these organisation, we would often see incidents which would be headline news in the UK, but locally were regarded as normal.

Fraud is a major organisational killer.  We have seen as much fraud in the UK as in developing countries; the major change we have seen over the past 8 years is that the fraud has gone from being ‘illegal fraud’ to being ‘legalised fraud’.  The directors and senior doctors of the hospitals pay themselves twice or even 4 times what they are worth, just like some university vice chancellors in the UK, or they ‘fiddle’ their expenses, like the UK MP’s.  These and many more UK examples have been used against us when we try and tighten up.

Most frauds, certainly at the lower levels, are caused by ineffective or non-existent financial procedures.  Least developed countries are cash economies and most things are paid for up front in cash.  You cannot expect an accounts clerk to handle on their own, without supervision, a year’s salary in cash every day and not have some leakage.  The unsupervised payroll clerk has an easy opportunity to add their cousins onto the payroll.

In one hospital, we found a junior accountant stealing about 5 times his salary per year, and this had been going on for 3 years.  He and his family lived very simply; he had been using the money to educate his siblings.  We went to his church on the Sunday just before he was exposed, and listened as he gave the sermon.  A senior member in the church approached us a week later and explained that as we were responsible for taking away the funding for the education of his siblings, we should take up this obligation.

At one stage, we were working for a UK Christian organisation in a Muslim country.  The UK management had expressly forbidden us to pay any bribes under any circumstance.  Bribes in poor developing countries are a normal part of most transactions.  The local governments often pay their employees about half what is needed as a living wage and the rest comes from small transactional bribes.

We were caught upcountry at a bad time and needed to get the train (8 hours) back to the capital.  There was going to be an anti-government riot the next day which involved over 100,000 rioters and killed 5 people.  As far as we were aware, we were the only Caucasians in the area.  The tickets were controlled by the Station Master who brought all the tickets when they became available and the resold them for double the price (£6 rather than £3).  We brought the tickets at 11.30 that night for the early morning train; it was the first time that I have received change for a bribe!

The typical community analysis for rural communities in developing countries is in chart 1 below.  We use this chart to help us decide which type of development projects are suitable for a specific community.

The trend over the last 10 years has been for Christian Hospitals to drift towards just treating the middle classes (top 30%) and for the pay of the doctors and surgeons to rise by at least a factor of 2 after inflation.  This is a good business model but does it fulfil the hospital’s stated vision to provide healthcare for the poor?  A Medical Director stated that ‘Christian Hospitals have a responsibility to both treat the poor and to raise the finances to enable them to do so’.

Making a surplus from the poor

Hospitals need to make a surplus (profit) otherwise they go bust and disappear.  Local doctors, surgeons, nurses, and midwives can only afford to work at hospitals who can pay them.  It is possible to make a surplus from providing healthcare for the poor.

There are a large number of contracts given out by NGO’s in developing countries for providing healthcare to the poor.  Examples include eyes, club foot, cleft lips etc.  These NGO’s demand a high level of financial propriety and report writing before they will give a hospital a contract, but once these processes are in place, there are lots of opportunities.

Another effective approach is for a hospital to have a Poor Fund to help pay for the healthcare of the poorest 10%.  Typically, this would be between 50% and 99% subsidy costing an average of between 2% and 5% of the hospital turnover.  This approach can significantly increase the number of patients from the lowest quartile and hence can increase the turnover by 10% or more.  Using marginal costing (and junior doctors and generic drugs), the hospital can make a small surplus from a self-funded Poor Fund.  There is a major benefit from improved community relations as well as improved health.

The poor like fixed prices as they know what they have to budget for and they cannot afford debt.  The hospitals and business consultants like menu prices as it increases the profits.  Menu prices are only suitable for the middle classes and the rich.

The chronic vs acute treatment decisions cause the most arguments.  We often only have funds to treat under 20% of the people who need basic healthcare and you have to set up the rules and processes for deciding who get treated.  We tend to use the following parameters:

-      Social workers, not doctors, make the individual decisions as they are closer to the community.
-      Fix a disability which will enable someone to become economically active.

The monthly cost of the treatment for a bad case of sickle cell disease will pay to fix the disability of a child.  Over 10 years, this is 120 children leading a more normal life.

We often set up prayer groups for the staff or for the patients and we have included Muslims in these groups.  We will pray for healing with the patients, and have been accused (in jest) of being in competition with the medical staff.  We have had up to 200 patients and assistants at these prayer groups, especially when they are in the local language and we have a good visiting speaker.

One morning I spoke to a local surgeon who had just lost a baby during a caesarean because the oxygen concentrator had failed.  This piece of medical equipment costs around £300 and most wards would normally have 5 bought locally.  This specific Christian Mission Hospital, which had a turnover of over £40k per month, had a policy that all medical equipment should be supplied by donors and that the hospital would not on principle buy any themselves.  This policy cost lives.

Social development organisations in developing countries are the ‘local social services’ and are often church run.  These organisations should transition from ‘church’ to ‘secular’ when the turnover reaches say £500k / 70 staff.  This would free them up to get funding for larger projects and to install professional managers.  The ‘church activities’ can stay with the church as a new NGO and be the basis for future growth.

Some social development organisations are much more effective at saving lives than the hospitals.  Water wells, latrines, washing stations, nutrition and balanced diet, small village health clinics and basic public health (inoculations) save many more lives than shiny new operating theatres.  The £100k it costs to build a new operating theatre can help 40 villages with these basics and bring the livelihood of 20,000 people up a significant level.

Governance and the Church

Some bishops or senior church officials insist on being the chairman of all of the boards of the NGO’s and schools etc in their area, which can be over 100 organisations.  This makes them so busy that they can block decision making.  The principals of these organisations often have to get the chairman’s approval for any significant changes, eg staff or equipment purchases.

There is often a sense of entitlement which can lead to unsuitable nepotism (and corruption).  Nepotism however is a way of life in least developed countries as there is often only say 5 families in the area (with the local language) who have been educated to degree level.

Back street abortions and birth control

Girls aged 14 or younger get pregnant often by older men or relatives and go to the back street abortionists.  They then turn up at the hospital in a bad way, sometimes we find them hiding in the wards.  Some Christian hospitals try to charge the equivalent of a month wages as a punishment for a procedure that takes under 30 minutes.  If they cannot pay, they die.  We supported the local medical staff to change the charge rate to under 10p payable sometime in the future and not keep the patient records.  There was major opposition and obstruction to this approach from senior Church officials.

Causes of death and Ebola

The average life expectancy in developing countries is under 60 years and can be as low as 40 years.  The main causes of death are malnutrition, malaria, HIV/AIDS, maternity, etc.  When we were involved with Ebola in Eastern Africa, the biggest lesson we had to learn was that the local hospitals knew how to handle Ebola but it was way down their list of priorities.  Quote from a Hospital Medical Director ‘Ebola preparation is important, but it is not in the top 5 of our local killers.  If we adopt your western approach, we might save 10 lives but we will lose 100’s from the other killers’.

One afternoon, the western donor for a 60 child orphanage approached us and demanded that the hospital treated the children for free as they were a charity.  Earlier that week we had visited a locally funded orphanage and school looking after 500 children in 50 room dormitories, and struggling to provide one meal a day.  That morning we had had a meeting with the local (church run) Social Development Organisation on how to fund the schooling for the 22,000 orphans in the district.

If you are not selective about where you can help, you will get swamped.

There is an enormous need for professional managers to help with the transition from the idealistic ‘solve a need’ approach to a modern well managed and established organisation on a good foundation to go forward.

Transformational Enterprise Network is a CIO, registered in England and Wales, Charity Number 1194973
Log in | Powered by White Fuse