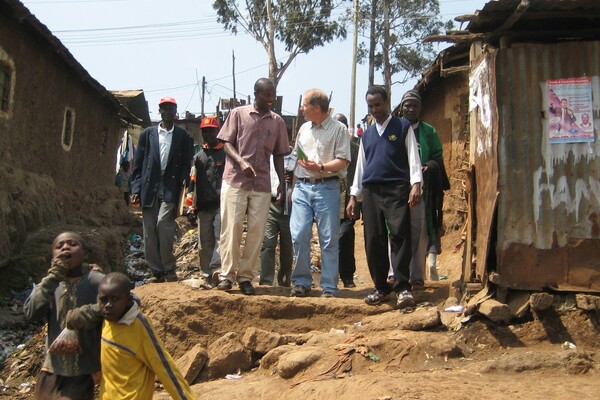 Emerging from TBN with a new approach
About Our story

TEN has its roots in TBN, Transformational Business Network. TBN was founded in 2003 by Kim Tan and Stuart McGreevy, seasoned entrepreneurs and investors who wanted to shift the development paradigm from aid to enterprise.

Jerry Marshall came across TBN at the New Wine Christian conference in 2004, when seeking a new direction. Seeing immediate links with work in Bethlehem, he led an "Expo" trip there in November 2004, leading to business training initiative and a tech company, Transcend.

In 2007, Jerry took up an opportunity to lead TBN, strengthening the finance base, growing the UK membership to several hundred, working alongside 60 inspiring impact projects, running conferences in London, Belfast, Edinburgh and Dubai.

Jerry moved on in 2012 as TBN changed focus, directly developing an accelerator in East Africa, work in South East Asia, and unlocking investment to scale impact businesses. However, UK membership declined, funding became an issue (partly because of Covid), and a decision was taken to "mothball" the UK operation. Jerry then got back in touch with TBN trustees with the idea of re-invigorating the membership side. A survey in July 2020 suggested there was an interest but with a more faith-based approach. The TBN trustees therefore asked Jerry to set up a separate organisation, with their blessing.

Meanwhile, a small business start up resource developed by Mike Clargo and other TBN members originally for Uganda, was adapted for use in the UK under the auspices of The Arthur Rank Centre and became a Cinnamon Recognised Project. It re-written by Jerry in late 2019, published as a free resource in January 2020, and serialised on Trans World Radio during the first UK lockdown. "Mind Your Own Business" is now included as a TEN resource and may be a timely way to help people create jobs as unemployment spikes.

The TEN website went live in late November 2010 and the organisation expects to be a registered Charity (a CIO) by the end of January 2020. The formal objects of the CIO in the constitution are:

The prevention or relief of poverty, for the public benefit, anywhere in the world, by mobilising volunteers and social investors to facilitate the creation or development of “Impact Businesses”.
The advancement of the Christian faith for the benefit of the public through the values, example and prayer of the leadership of these “Impact Businesses”.
For the purposes of this clause, “Impact Businesses” means financially sustainable enterprises where the prime purpose is social, especially creating jobs and developing skills among disadvantaged groups; modelling integrity and gender equality; and including developing relationships across divides in conflict zones to support peace.

We look forward to the next stage.

Transformational Enterprise Network is a CIO, registered in England and Wales, Charity Number 1194973
Log in | Powered by White Fuse